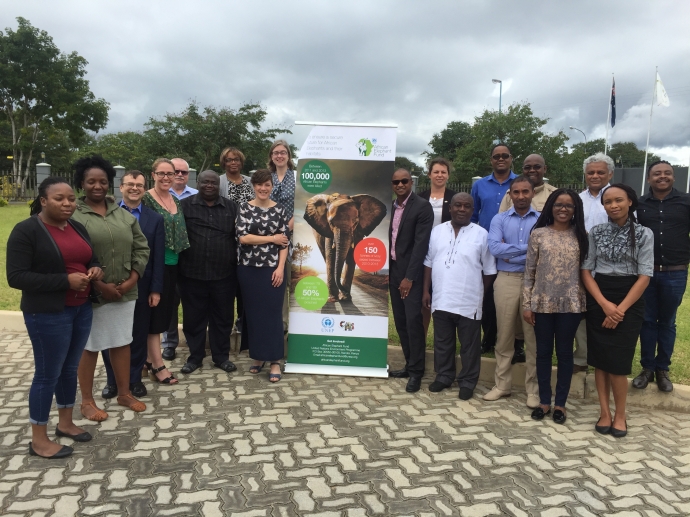 The 10th African Elephant Fund Steering Committee (AEFSC) meeting was held in Kasane, Botswana from the 1-3 March 2018 and hosted by the Government of Botswana.

The donors were represented by Belgium, the Netherlands and Germany. Ex-officio members were represented by the United Nations Environment Programme (UN Environment) and the Convention on International Trade in Endangered Species of Wild Fauna and Flora (CITES)- Monitoring the Illegal Killing of Elephants (MIKE) Secretariat. The Convention on the Conservation of Migratory Species (CMS) Secretariat and France participated in the the meeting as observers.

The main agenda for the meeting was to review and assess thirty-one (31) project proposals that were submitted between 2 October 2017 to 31 December 2017.

The 11th African Elephant Fund Steering Committee was proposed to be held in Ghana.

Below are the project proposals that were approved by the Steering Committee: