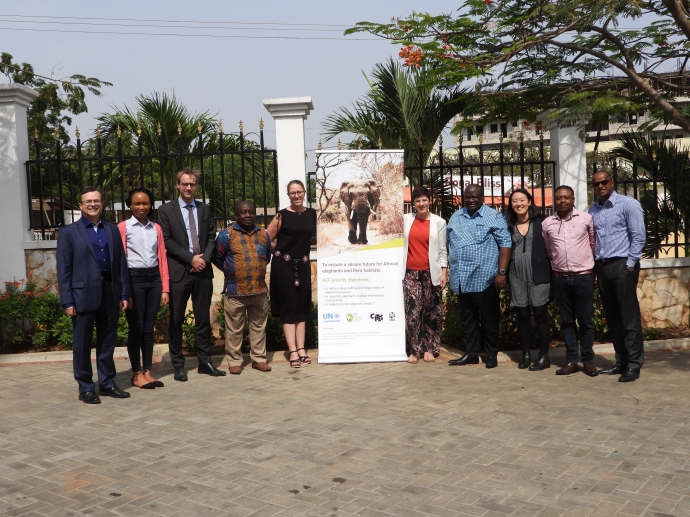 The 11th African Elephant Fund Steering Committee (AEFSC) meeting was held in Accra, Ghana from the 18-21 February 2019 and hosted by the Government of Ghana.

The meeting was presided by the AEFSC Chair, Ghana and members of the Steering Committee.

The donors were represented by Belgium and France. Ex-officio members were represented by the United Nations Environment Programme (UN Environment), the Secretariat of the Convention on International Trade in Endangered Species of Wild Fauna and Flora (CITES) and the Secretariat of the Convention on the Conservation of Migratory Species of Wild Animals (CMS).

Germany attended the meeting as an observer.

The Steering Committee also discussed the process for revision of the African Elephant Action Plan, assessed and evaluated eight project proposals and drafted new project proposal template as well as a selection and evaluation criteria for project approval.

The 12th African Elephant Fund Steering Committee was proposed to be held in Uganda.